All the Aamir Khan fans, who are not on twitter till now, will get a reason to register for the 140-characters of social networking. The Bollywoodâ€™s fraternity on twitter got bigger by many folds when the Mr. Perfectionist joined the tweet race. After Amitabh Bachchan, Shah Rukh and Salman Khan, it is now Aamir Khan’s turn to join the micro-blogging site.

It is by the fame through big hits like 3 idiots that this star has managed to get a whopping 38,000 followers in a matter of some 13 hours. That is close to 3000 fans per hour, which is mind blowing 😉

Below is the first tweet by Aamir which said â€˜Testing.Aamir.â€™ His twitter page shows that he has some 38k fans but he is following only one person, Mr. Amitabh Bachchan

Filmmaker Karan Johar was one of the first people to welcome the actor to the community and tweeted “@aamir_khan on twitterverse people!!!”. Amitabh Bachchan, who reportedly convinced Aamir to join twitter, was also quick to extend greetings. “You have been tried and tested! Welcome, and thank you for agreeing to twitter! Now handle it brother! There will be MADNESS!!” read Big B’s tweet.

The This is really amazing, getting 38,512 fans (at 03:42 am on 1st July, 2010 IST) in a matter of hours. I wonâ€™t get these many fans in a lifetime lest I become the next Bill Gates blogging my way 😛 As a matter of fact I had to change the title and content of this post two time in the 10 mins. that it took me to write this post 🙂

All the Aamir Khan fans can follow him @aamir_khan

So, have you joined the Mr. Perfectionist on the micro-blogging site, Twitter? 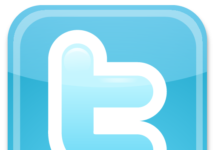 Never Before Black Friday deal from Hostgator; up to 80% off...

Tablet Wars: Which is the best tablet for you? [Infographic]