When Apple revealed the iPad 2 at the March 2 media event, it also announced an upgrade to its Mobile operating system which will come along with iPad 2.

Apple recently released the latest version of its Mobile operating system, iOS 4.3. This update contains new features and improvements like Personal hotspot and iTunes Home sharing. It is now live and available to download for iPhone, iPad, iPod Touch and Apple TV. 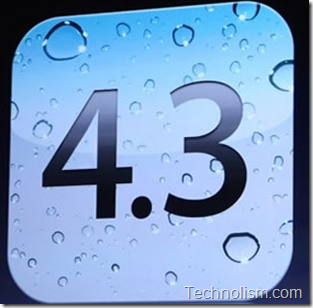 Below is a detailed list of all the features that are included in this major update of Apple Mobile OS, iOS 4.3:

The below Apple products are compatible with Apple iOS 4.3:

If you have not already downloaded iOS 4.3, you can do so by connecting your Apple device to iTunes.