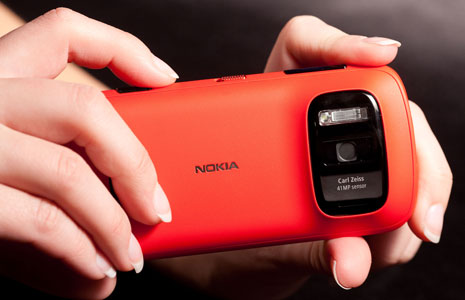 Weâ€™ve all heard about the famous Nokia 808 PureView, which is expected to make a revolution in the world of mobile phones and cameras with its 41MP sensor. Nokiaâ€™s new cameraphone was announced a couple of months ago, and soon itâ€™ll start arriving in different markets. The US, for example, is going to get it very soon via Amazon Wireless, and the price for its unlocked version is already set at $699.

Actually, the Nokia 808 PureView wasnâ€™t planned to be brought to the US at all, but then Nokia and some American carriers changed their minds – thanks to the â€œpopular demandâ€ of the phone, even though it runs an almost dead platform â€“ Symbian.

The 808 PureVew is one of the best Nokia phones at the moment, even cooler than the Lumia 900 in some sense, and thought it canâ€™t beat the giants like the Samsung Galaxy S3, iPhone 4S or the LG Optimus LTE2, it can easily stand against some camerasâ€¦ Surprised? Just have a look at these pics taken with the PureView and Canon EOS 5D Mark III, Olympus E-PL2 and the Apple iPhone 4S. As for the 808 PureView and the Canon EOS 5D Mark III, there was a tie, which is fantastic, since the Mark III is a professional camera that costs around $3,499, and Nokiaâ€™s cameraphone for only $699 can shoot similar photosâ€¦ Not bad, right?