Facebook added a new feature, the Facebook Timeline back in September 2011 when it was made available to only a limited number of user. We had written a quick hack to get instant access to Facebook Timeline profile feature.

It was later, opened to the public on December 15, 2011 and became available to all. This new feature was said to be the first step for a massive change on upcoming Facebook.

This new kind of profile lets the user highlight images and events which can give a much clearer image of the userâ€™s life and personality. At the same time, the user is completely free to display whatever he or she feels is suitable for public, which means that he or she is free to hide any event of his or her life from specific group of people.

Timeline was created by Facebook to make it easier for users to interact, share and bring like-minded users together. In other words, it makes the userâ€™s profile look more like the userâ€™s CV listing down all your lifetime events like your personal diary.

However, recently strong protests have been made against this new Facebook Timeline Feature and many people are trying to disable it. A possible reason for this is that it if very complicated to use and make it difficult to work with. However, disabling this feature has also proved to be slightly tenuous. In this post, I am going to walk you through the step by step process of disabling the Facebook Timeline Feature.

In order to remove or disable Facebook timeline, the user must use the following steps:

Step 2: Then, go to the Facebook developer page. This page is actually created to enable Facebook Timeline.

Step 3: Next, select the new app and click on â€œEdit Applicationâ€ button on the right hand side.

Step 4: A new window should appear in which an option will be given to â€œDelete Appâ€ on the left sidebar – you need to click on that. (Please note that if you are aÂ real developer then you will be unable to delete this app.)

Step 5: Then, you need to confirm the deletion and go back to your Facebook profile after the deletion is done.

Please note that this is not an official way of removing this app but only a workaround to get rid of Facebook Timeline feature.Â By following these easy steps, you can deactivate Facebook timeline on your profile.

For Google Chrome and Firefox users, there is an add-on / extension available to remove this feature which you can install in your browser and switch back to old Facebook profile.

However, if you are planning to use Facebook a lot, it would be a better to get used to this new feature. And if you don’t, feel free to remove it using this quick tip 😉

Do let us know if you like the Facebook Timeline featureÂ and if you don’t like it, which trick are you using to get rid of it? 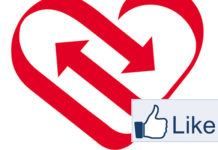 How to upgrade from WordPress 2.9 to WordPress 3.0 “Thelonious”

Aman - June 19, 2010
2
As we all know that one of the major releases of Wordpress â€œTheloniousâ€ is available for download finally, now is the time to upgrade...

iPhone 4 launch just hours away | Finally the wait is...