By shiwangi
April 28, 2012
Tech and GadgetsAndroidMobiles

The pictures of all-new budget Android 4.0 device Sony Xperia ST21i has arrived on the internet. This new add-on in the Sony Experia line up is yet in an unannounced status though. Sony will soon bring this budget level addition of Andoid 4.0 devices in market. 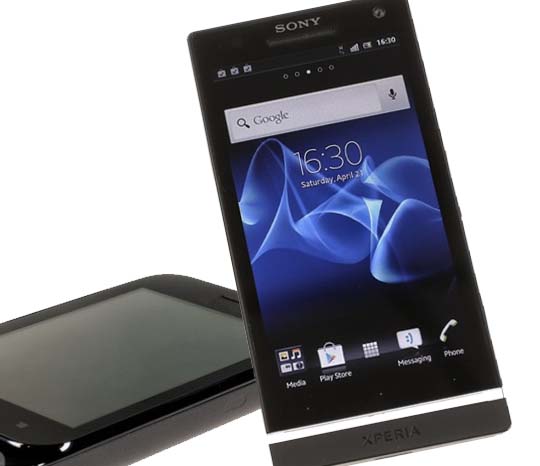 As per the pictures leaked on internet Sony Xperia ST21iÂ Tapioca is quite similar to the typical Xperia models from Sony but a significant difference noticed is the display of the phone which is quite different from rest of the chassis.

This budget Android device brings a 3.2-inch, 480×320 display and is said to be power-driven by a single-core Qualcomm 800MHz processor. Sony Xperia Tapioca will come with an inbuilt 512MB RAM. The new phone from Xperia series will bring a 3MP camera with a capacity of capturing 640×480 video. The camera has no LED flash though.

Speculations all over the market say that the new Sony Xperia ST2i will have a floating touch interface. This interface would be featured on Sola. The Sony Xperia Tapioca along with being a budget Android phone is the latest version of Android 4.0 Ice Cream Sandwich, the OS from Google. The speculated reports also state that the Sony Xperia ST2i will boast all the advantages of Android 4.0 Ice Cream Sandwich.

Sony has not yet released any further details of this device but there are many speculations in the market regarding its launch and specs. The phone is expected to arrive in the European market in the month of July and the Xperia ST21i Tapiocs is expected to be priced at $199 (â‚¬150).

Sony has also lined up a few more of Xperia devices named Xperia P and Xperia U. These Xperia devices will be launching with Android 2.3 Gingerbread. These phones are scheduled to be released by later this year.

What do you think about the Xperia ST21i and the floating touch technology it comes with?