As I mentioned in my last post, talking about my goals as a blogger, one of them was to start sharing the monthly traffic report for Technolism. So, here we go.

Technolism has completed 6 months of operation (started in June 2010) and December was a good month in terms of Online traffic (the best till now I must say ;))

This is the first traffic report for Technolism and going forward this would also work as a parameter for us to measure the growth rate over the past month, if we are moving forward or instead going in the other direction. 😛

Here is our monthly traffic report for month of December 2010:

The number of visits has increased considerably over the past month (6k+ for November 2010) but the Bounce Rate is still quite high, which I am working on now and it also involved the upgrade to the Thesis framework soon enough.

The average time spent on the site per user is still quite low (less than a minute). The number of pages per visit has been fine though at 1.35 pages per visit. 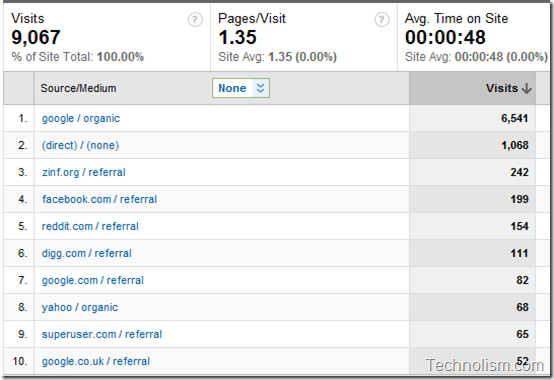 We also managed to get some amounts of Traffic from social networking sites Facebook, Reddit and Digg but Twitter is missing in the list for this month. I am not using twitter very efficiently for now which I need to work on.

So, this is our Traffic report for December 2010. This will at least keep me committed towards posting frequently on the blog as I wonâ€™t feel nice at all to post about a drop in the traffic for January 2011 😛

How have your Traffic Stats been for the month of December 2010? Also, suggestions are welcome for me to improve traffic for Technolism. 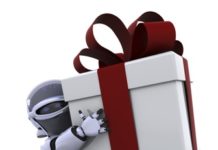 Technolism is Now Hosted on Hostgator!

Why buy, when you get the latest Mobile Phone on RENT?

Trijot - December 4, 2010
6
Rent-a-house services, after property became expensive; Rent-a-car service when the cars are a bit expensive for you but you still need it. Now comes,...

Have Some Fun With Google Easter Egg “Zerg Rush”

[How to] invite all your friends to Facebook Page or Group?