Ultrabooks are the latest buzz in the laptop industry. This class of laptop was created with the launch of Apple MacBook Air. In fact, the term Ultrabook is trademarked by Intel and is now used to refer to thin laptops with good performance and long battery life. Here we review the best weâ€™ve seen in this category so far. 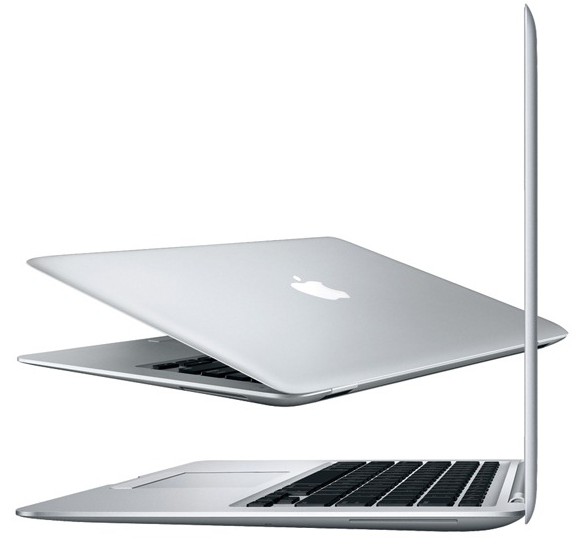 Which is the Best Ultrabook?

For Mac users, thereâ€™s only one option in this segment, the 13 inch MacBook Air launched this year. Costing approximately $1200, it sports the 3rd Gen Intel i5 CPUs, upgraded web cam and USB 3.0 ports. Unfortunately, an Ethernet port is not included and the 128GB SSD hard disk seems a little smaller than what weâ€™re now used to. At about 3 pounds, this is definitely one of the lightest machines. The Macbook even manages to deliver a long lasting battery life of over 4.5 hours. On the whole, this is a good Ultrabook.

This laptop manages to meet the Ultrabook criteria even while sporting a CD/DVD burner. With a price tag of just $900, it is very affordable. It sports a large (for ultrabooks!) 14â€ screen and comes with i3 processor, 8GB RAM and a dedicated AMD graphics card. Unfortunately, the battery doesnâ€™t last a full working day, and there is a distinct budget feel to the parts. This ultrabook also sports a bigger touch pad with two separate mouse buttons for left and right click. Overall, this is a commendable effort from Dell to pack-in some great features at such a price.

This is the most expensive Ultrabook with a price range of $1300-1450. It is even thinner than a MacBook Air making it the thinnest Ultrabook out there. Whatâ€™s interesting about this ultrabook is the innovative MagicFlip port door used to cover the ports. It is the lightest Ultrabook weighing just 2.65 pounds and has a great battery life. The only gripe a user could have is the absence of a backlit keyboard. With a 3rd generation Intel i7 processor, and a separate Intel HD graphics card, it is the most advanced Ultrabook. Moreover, this worldâ€™s slimmest laptop offers great multitasking options and is highly responsive. Good features and processing speed bring this ultrabook from Acer to the top 5 list.

This is the first ultrabook from the Sony stable. It has great value as it is priced between $765-830. It falls in to the budget ultrabook category. It has all the ports that you could need, but no optical drive. Without a good keyboard, this is a machine for casual use. The TFT screen is disappointing too. But, some of the impressive features include the machineâ€™s ability to wake-up in less than 3 seconds from the sleep mode, less time taken to re-establish a lost wireless connection and Intelâ€™s Rapid storage technology easily manages the systemâ€™s functioning. Thus, the Sony Vaio Ultrabook offers good value for the money you pay.

This laptop is all about sharp looks at a low price of $600. Unfortunately, the lower price is achieved by underpowered, inefficient AMD processors and a slower conventional hard drive. The major plus point is a large 15â€ screen. Also, this machine manages to offer some good graphics, which looks better on the 15 inch screen. The sound system powered by Beats is another advantage you get at such a price. Perhaps, a slightly better configuration would have put this ultrabook higher on the list. Nevertheless, HP Envy Sleekbook 6 ultrabook does good justice to the price it is offered at.

HP Folio 13-1020US â€“ this incredibly well engineered and well crafted ultrabook priced at $900, was one of the closest contenders to the top 5 list. Following it were the super slim Samsung Series 9, 15 inch ultrabook, solidly made Asus Zenbook and the super-sleek HP Envy 14 inch Spectre.

Well, these were the ultrabooks that managed to make it to the top 5 list so far. However, it is still too early, before we finalize the list of the best Ultrabooks of 2012. Also, there are several ultrabooks waiting to roll out sooner or later this year. Do have a look at the list of 16 Thin And Light Ultrabooks To Watch Out in 2012 which we prepared back in May 2012.

So, based on many more to come, will there be another, completely different ultrabook list than or is the list going to be the same? Letâ€™s wait and find out!

This guest post has been brought to you by BroadbandProviders – the leading provider of best value broadband internet.