I just saw â€œThe Social Networkâ€ â€“ The facebook movie yesterday, and for the first time, I got to know some mind-blowing facts and figures about the social networking behemoth which really made me think that Mr Mark Zuckerberg deserves the place where he is today, the youngest Billionaire in the world.

Facebook, today is becoming a threat to the already successful technology giants like Google, Yahoo and Bing as in only a period of 5 years, Facebook has become a phenomenon on the internet and a part of our daily lives. Facebook, which Mark started on the grounds of the exclusivity it had and did not monetize the site for a long time to keep the exclusivity living on, by not showing any irritating ads to the early users. Today, it is one of the most successful website in terms of the its advertisement services. 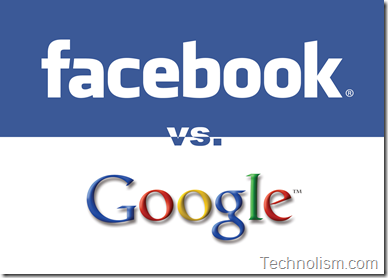 Out of curiosity, I was browsing the internet about more information about Facebook when I came across an interesting Infographic compiled by AllFacebook where they have compared facebook with the Search Engine giant, Google in terms of the Internet traffic share, its employees, revenue generated, the number of users and the overall evaluation of the two giants. [Click on the image to enlarge]