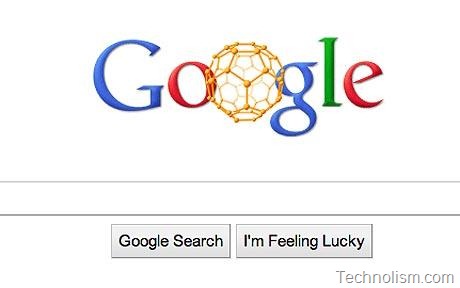 Google’s ultra popular doodles are again the talk of the town with the latest Google Doodle celebrating the 25th anniversary of the discovery of the buckyball on 04 September, 2010.

If you have noticed the Google search engine homepage today, you should have seen the exciting latest Google Doodle which is already making people tickle their brains as to â€œWhat is this Buckyball?â€ 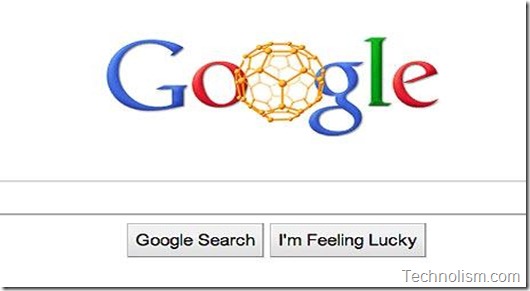 Google’s latest doodle features a special animated orange ball in place of the yellow second â€˜Oâ€™ letter in Google Logo. The spinning buckyball can be brought to life by the movement of the mouse.

It then forms into the “buckyball”, which is a form of carbon composed of 60 atoms that looks like a molecular football. It is also called as â€œFullereneâ€

As given on Wikipedia,

A fullerene is any molecule composed entirely of carbon, in the form of a hollow sphere, ellipsoid, or tube. Spherical fullerenes are also called buckyballs, and cylindrical ones are called carbon nanotubes or buckytubes. Fullerenes are similar in structure to graphite, which is composed of stacked graphene sheets of linked hexagonal rings; but they may also contain pentagonal (or sometimes heptagonal) rings.

The search engine giant has rolled out the new logo (Google Doodle) across the world to celebrate the quarter of a century since its discovery. Check out the Youtube video showing the special Buckyball Google Doodle in action.

Have you tried your hands-on the latest Google Doodle. If not, go to the Google homepage now.

What do you think about the Google concept of Doodles. Share your views in the comments section below.