I got my hands on to Google+, Googleâ€™s latest attempt to explore the social networking space,Â last week which many are posing as the next Facebook. Well, I have been using Google+ for quite a while now and I must say, Google has finally got it right. It surely has got the potential and would not end up being another Buzz or Wave, I am sure. 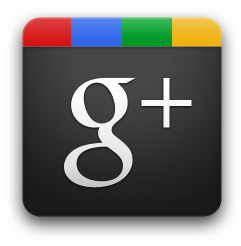 Also Read: How to apply Google+ Cool theme to your Gmail Inbox?

The Google+ features are making wave in the leading social network feeds, Facebook and Twitter, however, thanks to all those who have been lucky enough to have access to Google Plus as it is still in test having limited users and Google has not made it available to all.

Access to Google+ is available on invitation basis which also Google had closed some time back and has now opened it today. As I said, I had been lucky enough to get an invite and have been using it for over a week now. Now, that Google has openedÂ  the invitation portal again; ifÂ  you want to have a Google+ invitation from my side, keep on reading.

How to get a Google+ invite instantly?

Getting Google+ invite is very easy â€“ you simply need to follow the below steps to get an invitation instantly.

Note â€“ As Google has earlier also opened the invitations for some time andÂ  then again closed them, I am not sure till when they are open this time. So, please hurry and get one for yourself now.

If for some reason, Google closes the invites again, you can still share this article and mention the details below. As soon as they open again, I will be sending out an invite to the email address you mention below.

Check out Google Plus Features and Review here