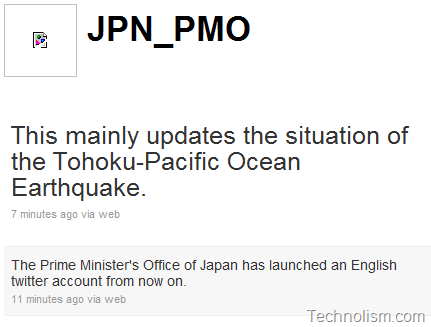 After the 8.9 magnitude earthquake hit Japan on Saturday, Social Networking has played a major role in helping the people to connect with their loved ones and providing real time information about the crisis.

After creating an official PM office Twitter account in Japanese language @Kantei_Saigai, which was created on 13 March, the day of quake, the Japanese Prime Minister office has started a similar official Twitter account in English Language which also aims at proving the updates related to the Earthquake. The link is @JPN_PMO. 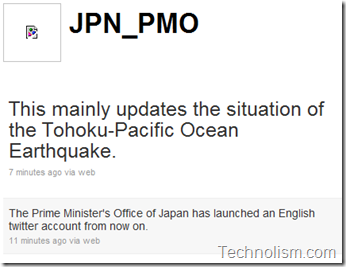 You can start following the PM office account on twitter @JPN_PMO to stay updated about the situation in Japan.