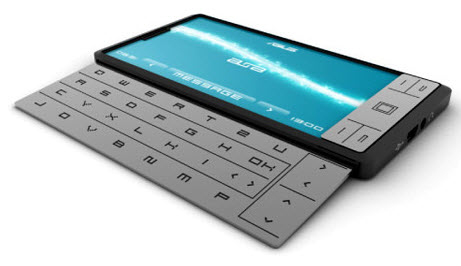 Mobile telecommunications has become a massive industry, and it’s really no surprise. It seems that everywhere you look, someone or the other is spending time on their phone or tablet, either taking a call, sending a text or simply passing the time checking the headlines or playing a game with a friend.

Also Read: The Benefits of Texting

In the last five years, we have seen the mobile phone mutate from a simple communication tool into a futuristic, all-in-one device that can access any information anywhere, at any time. We are truly living in the age that writers and film-makers were promising twenty or thirty years ago. Minus the flying cars, of course.

The more feature-intensive they become, the more invaluable they are to people. We are watching a generation of phones on the market today that perform all the tasks that would have needed an expensive computer ten years ago, and even more than that, they are performing these tasks while we are on the move.

It has become such a part of how we live our lives that people would consider themselves helpless without their Lumia 900. A great example is the function that you can find on any Lumia phone nowadays. If you hear a song that you love, you can hold your phone up to the speakers on your radio or TV and simply press the â€œlistenâ€ button under the search menu. The Lumia will compare the song against its database and find the song for you, even giving you a link to purchase that song online, should you desire.

And of course, there are apps like Shazam for iPhone which do the same on your Apple device.Things like this that were completely unheard of ten or twenty years ago, are now a well-established part of our lives, and it has changed the way we live.

Tablet computers have become especially popular in the last few years, thanks to the release of the iPad. Touted as being the middle child of the Apple family, in between the iPhone and the Macbook, it performs some of the functions of both, trading off some of one for a bit of the other.

The portability of it makes it a great accessory for any trip, and the sheer power means that you can create presentations, write documents or almost anything that you might need.

There is a much smaller, much more compact option that loses some of the functionality of the iPad. But because it’s that much smaller, it’s even easier to carry around and it can be just as useful, provided you aren’t looking for the full suite of office software.

The iPhone is first and foremost a phone, of course. But under the shell, there’s a whole host of other applications and gadgets that lend themselves to any kind of work. Dictation and sending of emails and text messages is quick and simple now thanks to Siri, and it’s even easier to keep up with all your friends since the iPhone 4s is fully integrated with twitter.

Google finally revealed the details about the much-anticipated Google...
Read more
- Advertisement -
Previous article
Recovering From A Google Penguin Attack
Next article
How To Connect Your Laptop To TV Screen [Step by Step Guide]