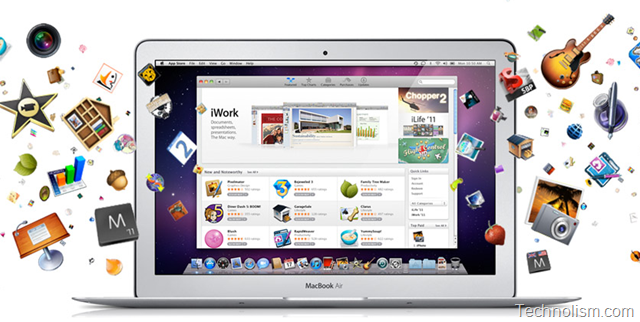 Apple today launched its much awaited Mac App store with more than 1,000 free and paid applications.

The Mac App Store is similar to the the App Stores for iPhone, iPod touch and iPad. So, now it is as easy to find and download Mac apps as it is to add your favourite magazine to iPad or a new game to iPod touch. The Mac app store gives you the option to browse Mac apps by category, such as games, productivity, music and more.

With the Mac App Store, it will now become easier to get the apps you want on your Apple Mac. You need to click once to download and install any app on your Mac. The Mac App Store is now available as a software update for any Mac running Mac OS X Snow Leopard.

As per the official announcement from Apple,

AppleÂ® today announced that the MacÂ® App Storeâ„  is now open for business with more than 1,000 free and paid apps. The Mac App Store brings the revolutionary App Store experience to the Mac, so you can find great new apps, buy them using your iTunesÂ® account, download and install them in just one step. The Mac App Store is available for Snow LeopardÂ® users through Software Update as part of Mac OSÂ® X v10.6.6.

To read more details about the Apple Mac store, direct your browsers to the Apple Official Announcement.

Below is what the new Apple Mac App store looks like: 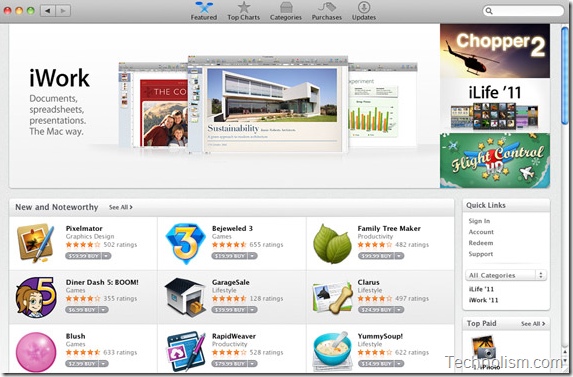 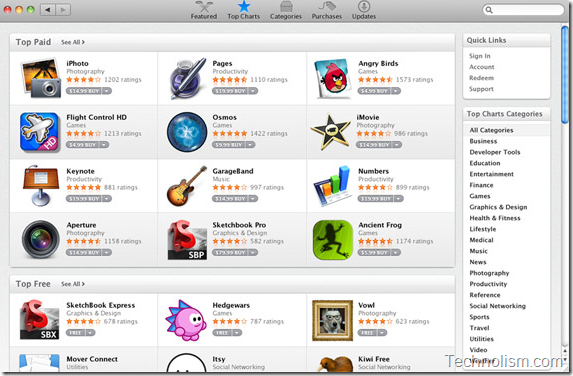